LTUSD School Board Meeting May 27th

By Angie Keil It’s been another busy week as we approach Graduation (June 6th) and the final day of the school year (June 12th). I’m hoping that the warmer weather will return for the many events that are planned in the coming weeks. All schools will be closed next Monday for the Memorial Day holiday. The School Board will meet next Tuesday and we have quite a lengthy agenda this time. The END_OF_DOCUMENT_TOKEN_TO_BE_REPLACED

Survey Reveals What’s Hot and Not in Home Features

Our Community has the opportunity to benefit from a Raley's grant program that will give money to the 10 most popular projects in many regions of California (138 projects submitted in total). Several of our community members have submitted proposals for projects that would benefit The Environment; Health; or Kids and at least 4 proposals have been made for projects at one of our schools or for the END_OF_DOCUMENT_TOKEN_TO_BE_REPLACED

Submitted by Shannon Witt I’d like to draw attention to a very small, well hidden gem of Stateline, NV- Mirabelle’s French Cuisine.  Mirabelle’s has been in business since December 10th Schwatz. Chef Camille is originally from Alsace Lorraine, France and opened a very successful restaurant, Mimosa, in Santa Barbara. After growing that into the success that it was he needed an escape. He then END_OF_DOCUMENT_TOKEN_TO_BE_REPLACED 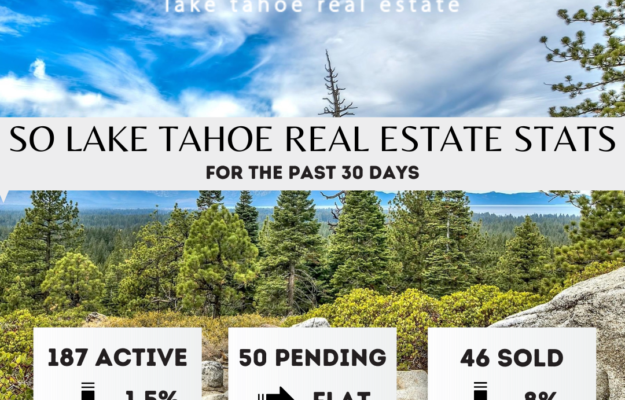 The story this month is “inventory has peaked and now “has leveled off ” at 187 active sfd home listings on the market.. … END_OF_DOCUMENT_TOKEN_TO_BE_REPLACED