It’s Tax Time yet again and the California Association of REALTORS® (C.A.R.) decided to take a closer look at the benefits that go along with home ownership with respect to the consumption and tax benefits. We dived into the tax benefits of homeownership, as well as other of benefits being homeowners. Let’s take a look how this affects homeowners this tax season.

In the midst of tax season, home ownership reaps well-established tax benefits. Homeowners not only enjoy a roof over their heads, they have a long-term nest egg investment and are able to save on their taxes because of it. Because of the Mortgage Interest Deduction (MID) portion of the Federal tax law, homeowners are allowed to reduce their taxable income by a sizable amount. But how much do homeowners actually save? By how much more do they save in taxes over their renting counterparts?

In the last several years, we have seen homeowner’s equity gains—in other words, “return-on-investment”—rise steadily with an average return of over 20 percent per year because of record increases in home prices. Make that comparison with your stock portfolios or even your 401k performance, and real estate has offered quite a good return on your investment.

Yet along with home equity gains and overall appreciation, there are other huge tax advantages to owning your own home—interest & property tax deductions. For example, a homeowner who has purchased a home for $524,020 with property taxes at the going rate of about 1 percent of the property value, the property tax deduction for that home would be approximately $5,240 a year. In the first 12 months the interest paid on that home loan would total $24,470 (Interest calculated assuming a 20% down payment with 5.87 percent fixed-rate mortgage – Freddie Mac). Therefore, that homeowner’s total MID and property tax deduction for the first year of homeownership would be $29,700. If the owner falls in the marginal 25 percent tax bracket, the total tax savings in the first year of owning the home would be around $7,430 ($29,700 interest paid & property taxes multiplied by the 25 percent marginal tax bracket). The IRS allows the homeowner to deduct the entire amount of interest paid on a home loan up to $1,000,000 ($500,000 if married filing separately) as long as the owner includes Schedule A on IRS 1040, the loan is in the owner’s name, and the mortgage is secured by collateral (usually the home itself—IRS Publication 936). The long-run tax savings would be over $36,000 if the homeowner holds onto that home for five years (assuming no change in the tax bracket).

Put differently, the current tax system helps homeowners because it makes home- ownership more affordable. For example let’s take a look at two different households. One is a first-time buying household who bought their home for $445,400 (assuming 85 percent of the median price in California). After accounting for mortgage interest and property tax deductions, their taxable income would be $87,150. Assuming these new homeowners had no other deductions their total taxes owed to the IRS would be approximately $15,120 (for married filing jointly). Now let’s look at a renting household with the same earnings and marital status. Its taxable income would be $105,000, higher than that of the buyer because they do not have any mortgage interest or property taxes to deduct (assuming the standard deduction of $10,000). Under these same assumptions (holding all else constant), the renter household pays approximately $19,580 in taxes. Because of the interest and property tax deduction, homeowners are able to reduce their taxable income and achieve almost $4,500 in tax savings.

As we have seen, homeownership reaps tax benefits. Yet, homeownership has benefits beyond the checkbook or 1040 forms. High and stable homeownership rates contribute many important social benefits by boosting the quality of living areas such as education and civic involvement while lowering the crime rate and welfare dependency. (Source: NAR’s Social Benefits of Home ownership and Stable Housing). As homeowners, you not only reap the many advantages when tax season comes around, but also bask in the social benefits homeownership brings to your community.

"We really enjoyed working with our realtor, Chad. He was very friendly, knowledgable, and accomodated our last minute requests. We were satisified with the process, the flexibility and his good attitude.  continued"
- 1890 Minniconjou Dr
View All 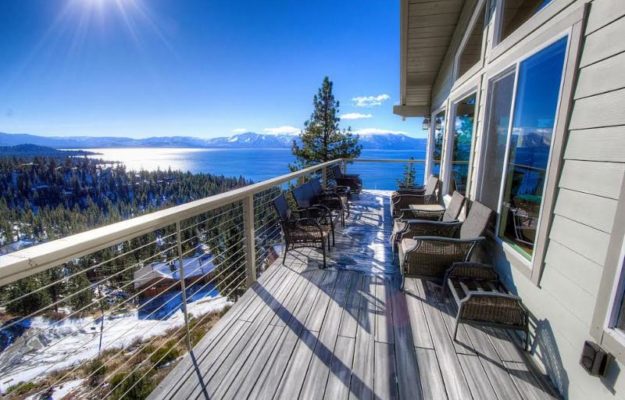